I still want hands-on experience before I start taking calls because customers give you about 10 minutes to diagnose a problem.   That’s one I learned the first day from Uncle Harry – he says they don’t want to see you standing around scratching your head.

I have tried to hook up with a local discount appliance sales business that doesn’t do repairs. I figured I could do their repairs in the back room without a customer looking over my shoulder.

I went in a couple of times and talked to the guy – he was really nice – and gave him some business cards.

I told him I would work for free on the stuff they haul away from the customer’s house when they deliver the new one,  just to get experience working on machines, and they could resell them.

I have tried to work a deal with a local second-hand shop that sells a few appliances.

I thought I would offer to expand their appliance department by being the steady repair guy, maybe taking either a small flat fee or a percentage when it sells.  I went in a couple of times, but the owner wasn’t there.  I’m planning to go back until I get lucky.

I actually went and visited two of the local appliance repair businesses in town.  I was nervous that if I started getting calls I couldn’t handle, I would need someone experienced I could refer them off to.

In exchange, maybe they’d let me ride along in the truck for a while, and get a feel for how things really go on a service call.

The first guy said he was really happy I was getting into the business because we needed more appliance repair guys around here, but he didn’t want any more calls because he was so slammed.  That was the good news.

The second thing he told me, though, is that the rates around here were well below the national average.

That one was discouraging because I was seriously considering marketing my business as a discount shop, at least in the beginning.  I thought if I did, my customers might have more patience with how long it took me to complete my repairs, but I couldn’t charge any less than what he said was the going rate.  I’d have to rework my whole approach.

He told me about another guy who he said worked even harder than him, which sounded good again because it reinforced that there was plenty of business out there.

As far as the second guy was concerned, I went by his house a couple of times but he was never home.  Finally, one day I went by again and my car broke down in his driveway!  The alarm just started going off and the car wouldn’t start.

I called my mechanic, and he said the battery was dead and the alarm system was confused, and I needed a jump.  Just as I was getting ready to call someone to come out and help me, the appliance repair guy showed up!

So there I am in his driveway with my car alarm going off, and I thought, this is a heck of a way to do a business deal!  He was a really, really nice guy, and we tried for about an hour to jump the car.

It wouldn’t turn over no matter what we did.   Funny thing is, he kept saying, “I don’t have any idea what’s wrong with this thing.”  I couldn’t help wondering, “Hmmm, is this guy really going to teach me about appliances?”

He finally mentioned, “I just stopped by to get a part, and I actually have to go out on another call,” so we gave up on the car.  He said I could leave it there overnight, then offered to give me a ride home since it was nearby where he was headed.

As we drove along, I finally got to talk to him about my proposal.  I told him I was starting up, and he kind of hesitated, and very nicely tried to tell me it takes a while to do what I’m trying to do.

He didn’t actually refuse my referrals, but he said he really just did warranty calls for a major manufacturer.

Since I had been very curious about how much inventory I needed to keep on hand because of my remote location, so I took the opportunity to ask him how he did it.  He said he kept very little inventory in stock and got his parts overnight from an in-state supplier on demand.

Maybe that meant I didn’t have to fork out quite as much upfront cash for parts as I originally thought!

The epilogue on the car is, I researched it on the internet and found out you have to disconnect the battery cables to reset the system to factory defaults.  Otherwise, even with a full charge, it will never turn over.   Maybe that wasn’t so obvious after all. 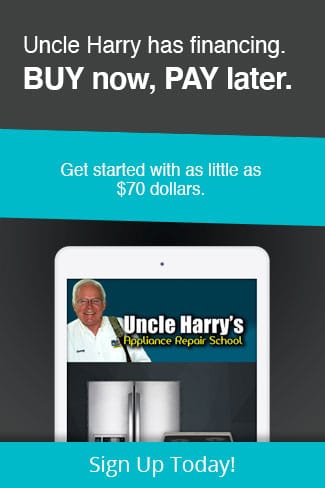